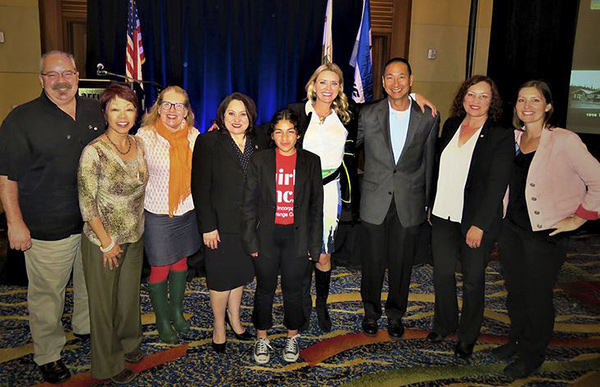 Once upon a time — in 1938 — a small group of foremen joined forces to form the North American Aviation Foremen’s Club.

In 1943, the club (which consisted of only 86 members) secured a charter from the National Association of Foremen, now known as the National Management Association (NMA). The application fee for membership was a whopping $5.00 and dues were $1.50 per month. Times have really changed.

In January 1, 2002, the Huntington Beach Management Association (HBMA) combined with the Boeing Beach Cities Chapter to form the new Boeing Aerospace Leadership Chapter (BALC) with over 900 members in Huntington Beach, Seal Beach, Long Beach and El Segundo. The HBMA, originally chartered at the Douglas Santa Monica facility, dates back to the early 1960s when the Missiles and Space Division (MSD) was relocated to Huntington Beach. The merger of these two proud organizations — with over 100 years of combined management association experience — makes BALC the largest Boeing chapter of the NMA.

On January 1, 2008, the Boeing Anaheim Leadership Association merged with BALC in anticipation of the closure of the Anaheim facility.

BLASC and its predecessors have been recognized by NMA with 16 Outstanding, 20 Superior, and 32 Excellent awards throughout its existence. This chapter is very proud of its heritage as an NMA outstanding chapter and its effective partnership with Boeing.

In 2020, due to budgets constraints, BLASC decided to leave the NMA and continue to operate in the same outstanding, professional manner as before. There remains two Boeing chapters affiliated with NMA—one located in Ft. Walton Beach, Florida, and the other in Oklahoma City, Oklahoma.

BLASC continues its endeavors on its commitment to personal and professional development. The focus has always been on the general membership dinner meetings that promote professionalism, education, and development training; scholarship programs (established in 1947); and numerous community involvement activities.

Members can be employees, retirees, customers, current suppliers, or members of the professional bargaining units of The Boeing Company and employees of Financial Partners and NuVision Credit Unions who meet the qualifications contained within the chapter bylaws. See the website link for “Bylaws”.

The cost is $7.00 paid through bi-weekly payroll deductions which cover all dinner meetings (meals and speakers) and professional development seminars presented over lunch and after hours. Chapter members have the opportunity to attend special events, such as Broadway shows and sports activities, at discounted prices. Dues provide reduced-cost access to all associated BLASC offerings, including  a wide range of training courses. Members also have the opportunity to participate in numerous community and education projects including volunteer activities.  Members may also enter their child, stepchild, foster child, dependent or legal ward, or a linear/parental family member such as a grandchild or great-grandchild to participate in the annual scholarship awards.